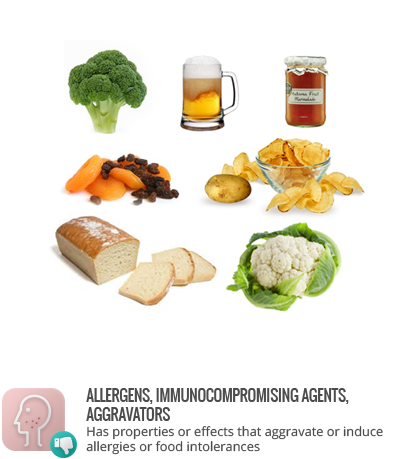 Sulphites are chemical compounds that contain a sulphite ion. They are used in food for their antioxidative and preservative properties.

Sulphites sensitivity is very common, however given inconsistent labelling laws, sulphite-sensitive individuals may not be aware it is sulphite they are reacting to. Sulphites destroy the B vitamin thiamine; a common source of thiamine is fortified processed foods, which often also contain sulphites. Asthmatic patients appear to be at increased risk of sulphite sensitivity, potentially leading to bronchoconstriction (impaired breathing). Other reported symptoms include: anaphylaxis triggering, low blood pressure, and diarrhea.

Sulphite labelling is not mandatory in the US unless added as a preservative. The FDA has banned use of sulphites on fresh produce intended for raw consumption.