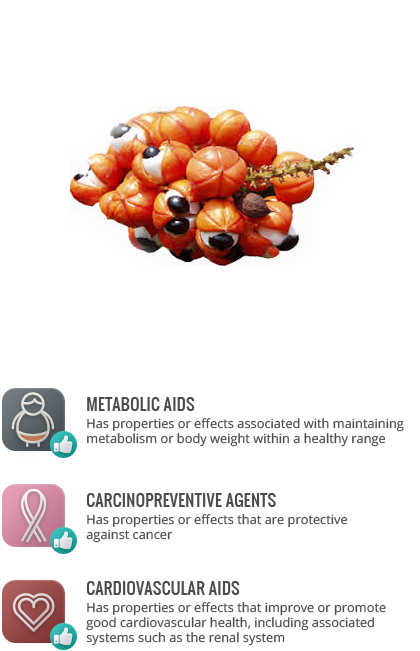 Guarana (Paullinia cupana) is a plant with one of the highest caffeine contents. Extracts, typically referred to as “guarana”, are popular for use in energy drinks and supplements, particularly “weight loss” supplements. Guarana also contains various phytochemicals including theobromine, methylxanthine, and tannins.

Guarana extracts and derivatives have varying quantities of caffeine. Depending on format (powder, paste, liquid solution), tested samples have been between 0.76% and 8.9% caffeine. Guarana products are not always strictly regulated or tested. Guarana supplements often contain multiple “natural” compounds which may interact with one another.