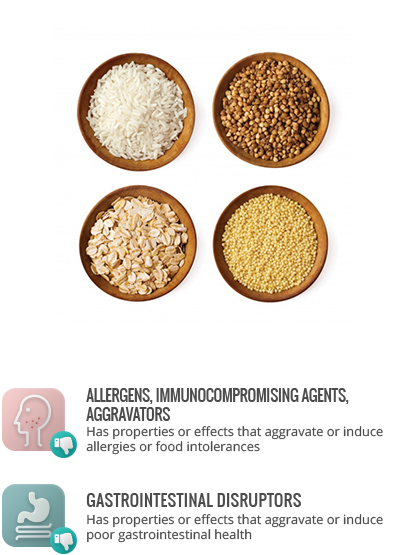 Gluten is the primary structural protein in wheat and related grains. It is a complex formed by gliadin and glutenin when hydrated. Wheat is one of the most common allergens.

Gliadin and glutenin are responsible for inducing the intestinal damage seen in Celiac disease, an autoimmune disorder. Gliadin also exerts effects on non-Celiac patients. It activates signalling of the protein zonulin, leading to increased permeability of the intestinal lining. This is a possible mechanism for gluten-sensitivity and associated illnesses, as environmental antigens are thus able to pass through the intestinal wall (when they are not meant to).

As a common allergen, labelling of wheat ingredients is mandatory, however contamination often occurs. The FDA only allows foods to be labeled as “gluten-free” if they contain less than 20 ppm (parts per million) of gluten.