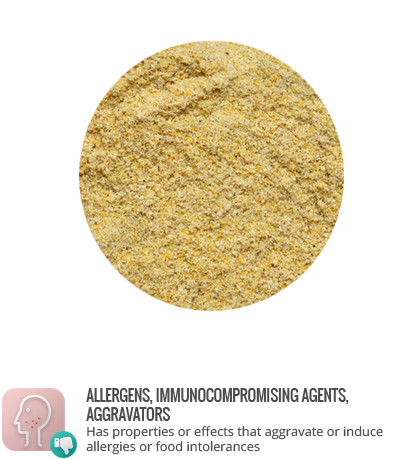 Corn bran is the isolated exterior bran portion of corn, or maize, kernels. It is sold as an ingredient that can increase fiber content, bulk a food while contributing few digestible carbohydrate calories, and impart corn flavour in snack foods. Corn bran is also inherent to whole grain corn and corn flour.

Corn is a common allergen. Corn bran as an ingredient is likely from GMO corn unless otherwise specified. See: corn