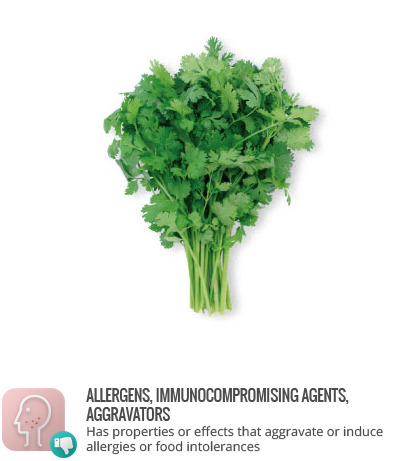 Cilantro (Coriandrum sativum) is a pungent leafy green herb used in many dishes throughout the world. The seed of the cilantro plant is referred to as coriander. Though from the same plant, these two flavours cannot be used to substitute one another in recipes.

Cilantro rarely causes allergic reactions, but some cases have been reported. Also, there have been some documented episodes of Salmonella outbreak originating from cilantro ingestion.