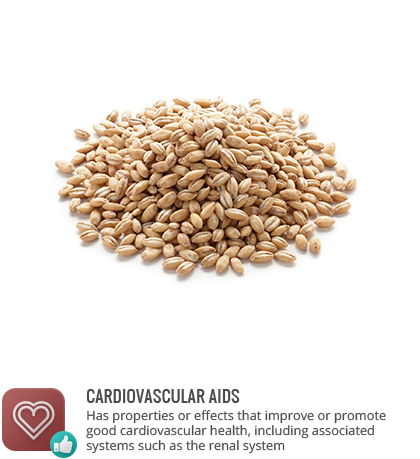 Barley is a cereal grain grown from Hordeum vulgare grasses. Barley grains are typically husked then passed through a pearling machine which polishes the grains, removing inedible hulls and bran, depending on duration.

Barley contains beta-glucan fiber, which has been approved for health claims regarding ability to lower cholesterol. Compared to millet, rye, and sorghum, barley has the highest levels of antioxidants and of seven minerals, including zinc, potassium, and copper. See: Barley, pot; Barley, pearl