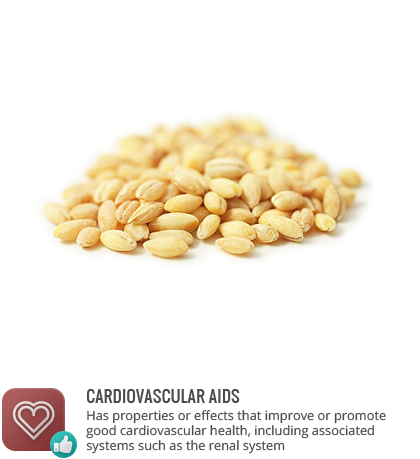 Pearl barley is barley grain that has had its hull and bran removed through extended time in the pearling machine. Pearl barley is the most common, and most quick-cooking form of barley in culinary applications. See: Barley

Pearl barley is 78% carbohydrate, 16% fiber, 10% protein, and a source of iron, magnesium vitamin B6, and potassium (though in lesser quantities than pot barley). See: Barley

Barley can be used as a replacement for rice in certain applications, such as puddings and risotto, due to its chewy texture. See: Barley