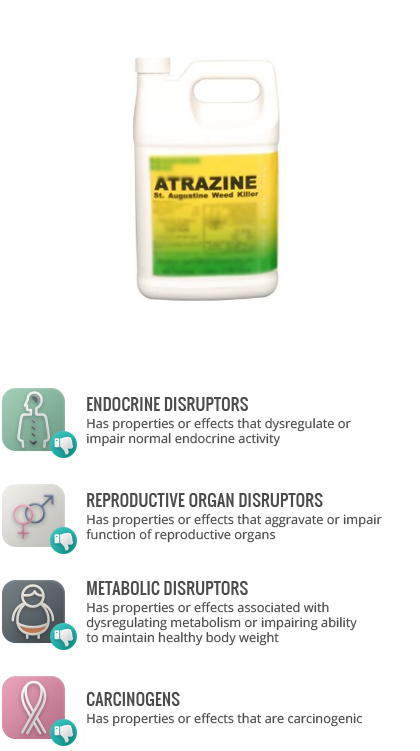 Atrazine is an herbicide and pesticide used to treat and prevent weeds in a variety of crops. It is one of the most widely used agricultural pesticides in the US.

A variety of animal studies have been performed with atrazine. Studies in rodents show it to be an endocrine disruptor that inhibits testosterone production in males; that disrupts the communication between the brain, the pituitary gland, and the ovaries in females, affecting hormone production; that alters thyroid function and levels of corticosteroid hormones at concentrations expected in groundwater. It also induces a variety of tumors in mice and rats and has been associated with ovarian cancer. Atrazine has been implicated as an obesogen associated with increased mass and insulin resistance.