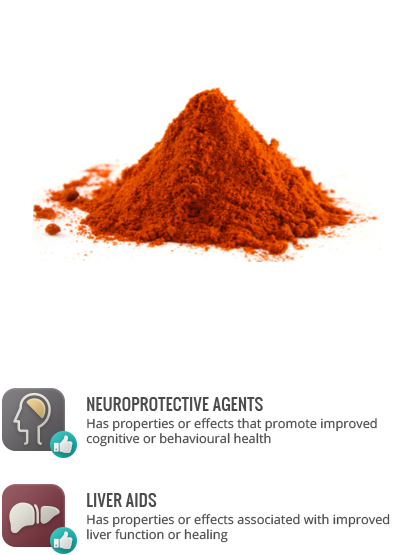 Astaxanthin is a carotenoid compound that cannot be transformed into vitamin A in the body. Though, like other carotenoids this compound acts as an antioxidant in the body. Astaxanthin can be synthesized or collected from microalgae, yeast, salmon, trout, krill, shrimp, crayfish, crustaceans and some birds. This ingredient is often added to fish feed to give salmon a deeper pink color, and can also be used as a food coloring for human consumption.

At therapeutic doses astaxanthin has been shown to reduce brain cell death, brain swelling and neurological dysfunction after a brain hemmorhage. This compound has also shown to reduce liver fibrosis, a precursor to cirrhosis.

The FDA has approved this ingredient as a food additive in fish and animal meal only, whereas this compound is considered to be safe as an additive for human consumption in the EU.