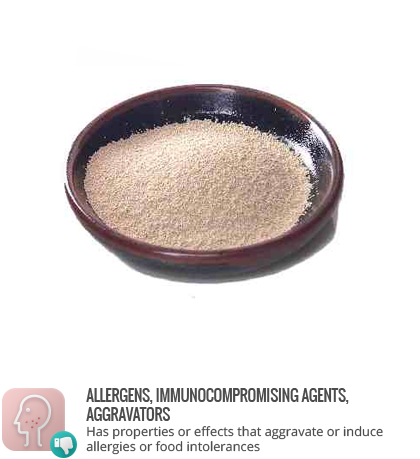 Yeasts are unicellular organisms whose conversion of carbohydrates to alcohols and carbon dioxide have been used throughout history in production of alcohol and leavened doughs. Saccharomyces cerevisiae is the most commonly used yeast in bread making and alcohol production, however there are over 1,000 species including many that occur naturally in the air or on the skins of fruits.

Certain species of yeast cause yeast infections; these species, however, are distinct from the yeast species used in food and beverage production.

Yeast is a common allergen; given the variety of species, those with allergies to yeast should be aware of the extent of the cross-reactivity of their allergy.