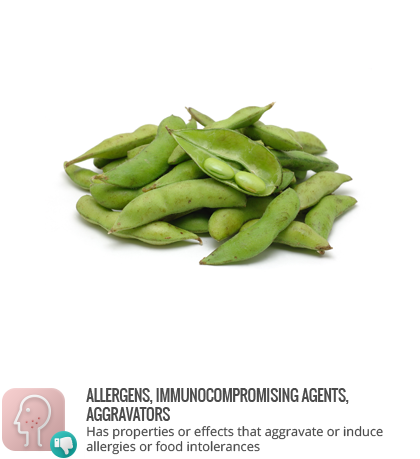 Soybeans are a species of legume (bean) that are used in various culinary and industrial applications. Soy is a common allergen.

Soy allergy affects roughly 0.4% of children, with roughly 50% of children outgrowing the allergy. This allergy has been shown to cause rhinitis and atopic dermatitis, and has also been linked to cross-reactivity with many foods, including apples and almonds. Studies of soy’s other health effects are inconclusive and dependent on level of processing. Minimally processed soy contains enzymes that impair digestion; it also contains isoflavones, phytoestrogens with hormone-like activity in the body. This has been associated with both positive and negative effects. Processing reduces isoflavone content. See: Phytoestrogens.

Clinical Reviews in Allergy and Immunology

The Journal of Allergy and Clinical Immunology