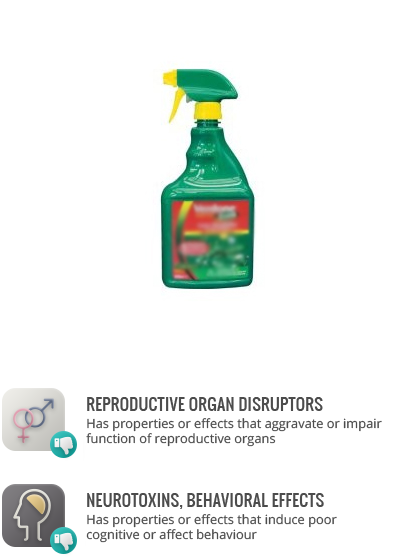 Clopyralid is an herbicide used to control thistle and clovers as well as other broadleaf weeds. It is used to treat lawn and turf, pasture, sugarbeets, mint, and wheat. It is in the picolinic family of compounds.

Clopyralid is damaging to the eyes, causes reproductive abnormalities in animal testing, and has significant negative effects with medium and long term exposure.

Clopyralid is persistent in soil, water, and compost. Some regions in the United States have banned its use by consumers, though its use in hay and grain crops makes animal manure a potential source. This may concern home gardeners who purchase manure-based fertilizers for home gardens, and may contribute to pesticide contamination in commercially grown foods. It is available for consumer use in Europe. Clopyralid is volatile and therefore can easily spread to nearby crops; low levels can significantly damage sensitive crops and effects can persist across generations of growth.