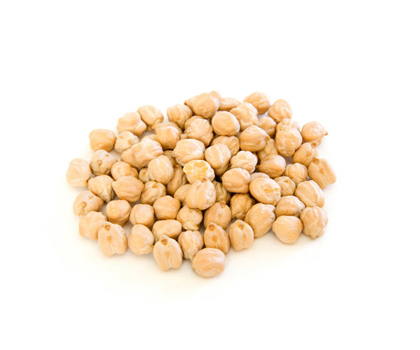 Chickpeas, a legume from the Cicer arietinum L. plant, are a common staple in many middle eastern and indian cuisine. This legume contains a high level of protein, fiber and minerals and is a great protein source for vegetarians and vegans.

See: Acrylamide. Chickpea protein exhibits a very stable quality at high temperatures. Due to this property, when commonly-fried foods such as french fries are coated in chickpea flour, then fried, they have been shown to reduce acrylamide production by up to 50% compared to regular french fries.