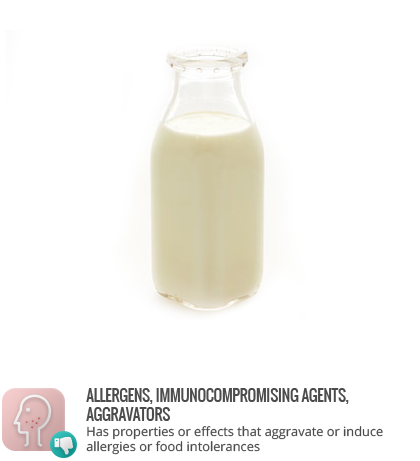 Buttermilk typically refers to cultured buttermilk, cow’s milk which has been pasteurized, homogenized to a standard fat percentage, then fermented through the use of lactic acid bacteria. It may also refer to the original definition, the liquid left behind after churning butter from cream; or milk that has had an acid such as lemon juice added to it to induce curdling. Buttermilk is popular as a beverage or as a baking ingredient.

Buttermilk is lower in lactose than regular milk, as the lactic acid bacteria ferment lactose to produce the rise in acidity. Lactose-sensitive individuals may be able to tolerate buttermilk. Nutritionally, buttermilk is similar to milk with the same fat percentage, with somewhat less calcium and vitamin B12 and more sodium. See: Milk