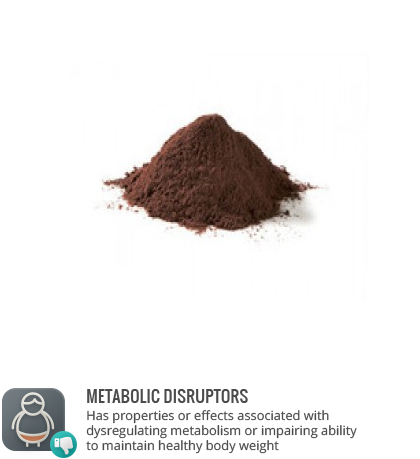 Brown HT is a brown, synthetic, coal tar-derived dye used in the place of cocoa or caramel to colour a variety of foods. It is primarily used in chocolate-flavoured foods such as cakes and chocolate milk, but is also present in dairy products such as cheese and yogurt.

In a number of long and short term studies of the effects of varying concentrations of Brown HT in the diet, in mice and rats, no adverse effects were seen at reasonable levels (that differed significantly from control animals). At above 1% of the diet, daily, for 12 weeks, increases in internal organ weight was seen. There is no data or reported cases of sensitivity, intolerance, or allergy to Brown HT.

The European Food Safety Authority published a comprehensive review of brown HT in March 2013, concluding that it was safe at current exposure levels.