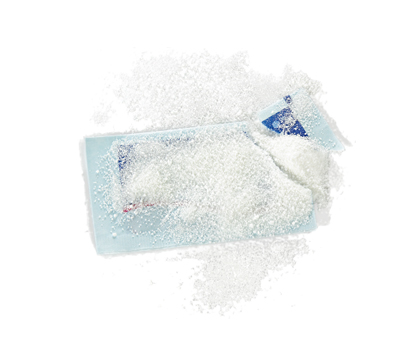 Aspartame is an artificial sweetener 200 times sweeter than sucrose, or white sugar.

Aspartame has historically been linked to a variety of conditions and symptoms. However, a 2013 review by the European Food Safety Agency of all published and unpublished scientific research on aspartame, including the original studies, found no significant evidence for negative effects at or above an intake level that could be reasonably expected. This position is consistent with those of other regulatory boards. This includes a lack of evidence for symptoms such as seizure, mood change, weight gain or loss, and associations with cancer.

Aspartame use must be reported on food labels, thus individuals who perceive themselves as aspartame-sensitive, or who are uncomfortable with official positions on aspartame’s safety, are able to make an informed decision to avoid the sweetener. The acceptable daily intake is 40mg/kg of body weight, or approximately 18mg/lb. Quantity of aspartame in the diet, particularly from “lite” and “diet” alternatives, should be particularly monitored in children with low body weights.