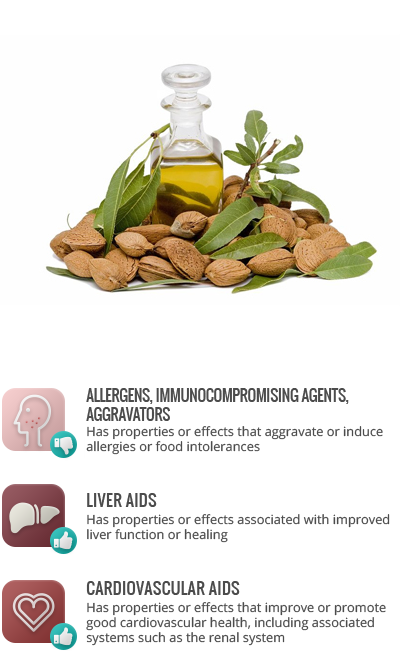 Almond oil is pressed from whole almonds. It is available refined, unrefined, roasted, and unroasted. Almond oil most suitable for use in food is typically referred to as sweet almond oil (rather than bitter).

Refined oils have fewer antioxidants than unrefined oils. Almond oil has a relatively high smoke point of 420 degrees fahrenheit, but its delicate flavour is best when used cold as a finishing oil. Almond oil may contain allergenic almond proteins.