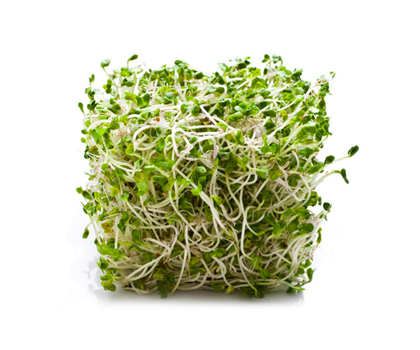 Alfalfa is a legume primarily harvested as hay and used as animal feed. Its seeds can also be sprouted, making alfalfa sprouts, a common ingredient in fresh sandwiches and salads.

Genetically modified alfalfa plants have been available since 2005.

Journal of Agricultural and Food Chemistry
Self Nutrition Data