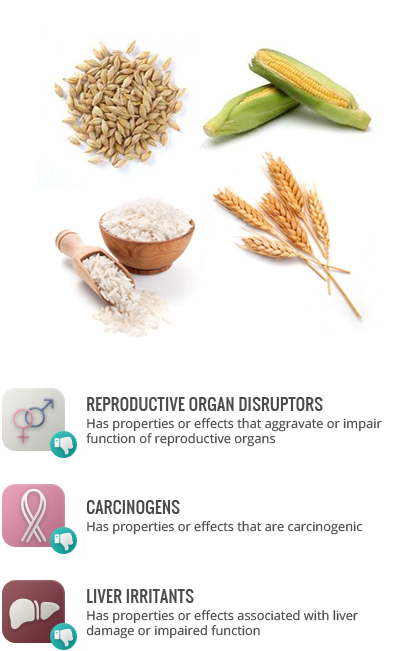 Zearalenone is an estrogenic mycotoxin and endocrine disruptor produced by many species of Fusarium fungi. These fungi are often found on wheat, barley, rice, maize, and other common crops, thus causing zearalenone contamination worldwide.

This compound has been implicated in causing female reproductive changes and has shown to reduce weight gaining ability and lower food intake in female rats. High intake in animals over time to damage blood, cause overgrowth of the liver, as well as lesions in the liver that developed into cancer.

The estimated intake by consumers is significantly lower than the suggested tolerable intake, and magnitudes lower than that which causes damage in animals. Moldy crops are the most likely to have higher levels of zearalenone.