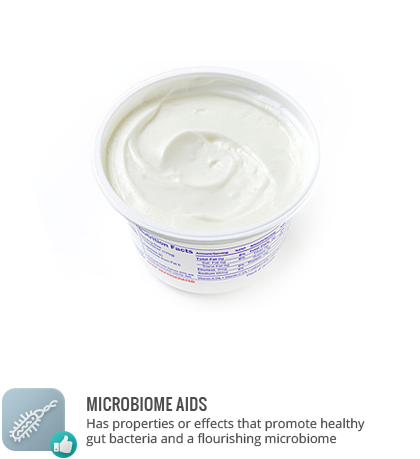 Greek yogurt is a thick, strained yogurt. It does not contain added thickeners or gelling agents, relying simply on the straining of whey to achieve its thicker texture.

Greek yogurt is a concentrated source of protein, specifically primarily casein protein, as the whey protein is largely removed with the straining of the whey liquid. Whey is the more rapidly digested protein of the two. See: Casein protein, Yogurt, Probiotics.

Use of the term Greek varies by country. In some nations it is allowed only on yogurts of Greek origin, in others it can be used to refer to any strained yogurt, being a descriptor of the process rather than the country of origin. Read ingredients labels to determine whether a yogurt is thickened artificially or via straining.

The Globe and Mail