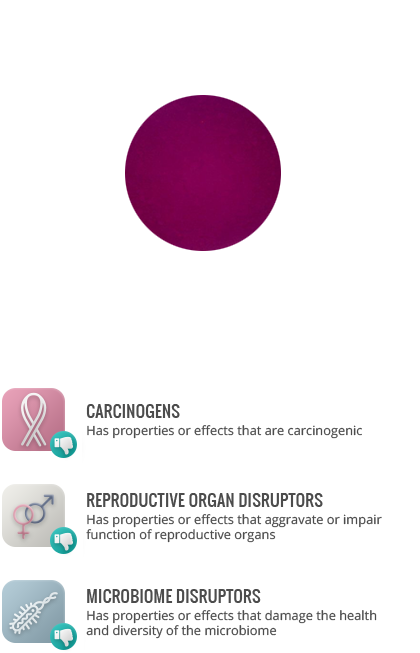 Amaranth is a synthetic azo dye derived from petroleum byproducts. It is used as a red dye in cosmetics and foods.

Significant intake of amaranth has been associated with carcinogenic and other toxic effects in studies on rats, particularly regarding fertility and reproductive health. The microflora of the human intestinal system is capable of altering amaranth to produce the toxic byproducts associated with negative effects in animals.